Starting today, the Washington Redskins will once again be fighting for the rights to keep their nickname.

Now, while I bleed burgundy and gold, I’ve always wondered how the Redskins have successfully kept their nicknames when it’s… well, it’s racist.

Redskins GM, Bruce Allen, basically said that the organization isn’t trying to upset anyone and that it is “ludicrous” for people to think that they are trying to upset people.

I guess what gets me is the reasoning. “We’re not purposefully offending someone. It’s not our fault if they get offended by something we mean no offense by.” That, to me, is a cop out.

Of course, it happens to us (the Asians) a lot. Or, more truthfully, I think it happens a lot because I’m more aware of the racist gestures towards Asian in the media… 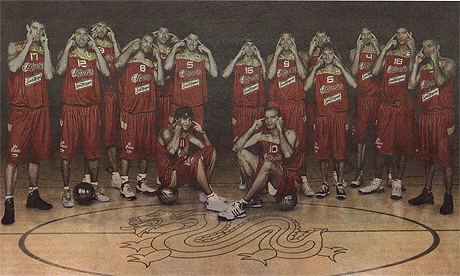 Or Miley Cyrus and Friends: 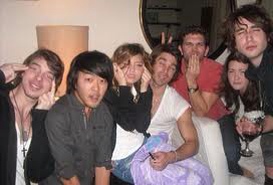 Or the Duke Fraternity party: 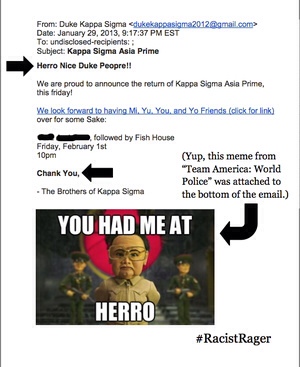 Or the Chicago Cubs (for the player Fukudome):

The problem that I have with those things is, when people complained, the response was basically, “What? We didn’t think it was offensive. I don’t know why you would find it offensive. I guess we’re sorry that you’re offended. But we did it because it was funny. Sorry… I guess.”

Case in point: There was (is?) a restaurant in the North East called “Chink’s Steak.” Naturally, some Asians got offended by such a name and registered complaints. In an interview, the owner of Chink’s (who’s white) said (and I paraphrase):

“It’s not racist. It’s a nickname that my friends gave me as a kid. I had small eyes growing up, so they called me Chink.”

Yea… The origin of the nickname’s a bit racist. Not gonna lie…

Which is basically what the Redskins are saying.

“We never thought of it as being racist or offensive. That’s probably because we’re not Native American, but that’s besides the point. You shouldn’t be offended by it, because our purpose is not to offend. Besides, we could lose tons of money if we were to change our names. Don’t you know what happened with the NBA teams? The Bullets became the Wizards. The Wizards! How lame of a name is that? And the Hornets? They’re going to be the Pelicans! We want to avoid that, so don’t be offended, cuz we ain’t trying to offend.”

Yes, I believe we live in a hypersensitive culture that overreacts over every small thing.

But yet, there are good reasons why we shouldn’t use certain words to demean and belittle other folks, like “gay” or another slur for that. Or “retard.” Or use any racial slurs to describe people. Like Chink. (Take note, Papa Johns and Starbucks. Oh, and Chic-Fil-A.)

Here’s one Redskins fan who hopes that the people win this time around. I don’t care what the Redskins are called, I’d still root for them, I’d still bleed their colors if they were to change it, and I’d still loathe the Cowboys no matter what happens. And believe me, the team formerly known as the Redskins will still make a tons of money. If the Wizards, Thunder, Heat, Jazz, and yes, the Pelicans can (still) make money, whatever the new team name is, they won’t have to worry.

One thought on “What’s In A Name? Even if it is Blatantly Racist…?”