There have been two common threads in comments folks have made about us moving to Texas:
1) Congratulations
and 2) a warning about the racism in Texas, ranging from the vague, “It’s going to be … a little bit harder because… you know… ” to the blatant, “Racism is still strong there.”

The first person that said it, I just smiled it off and nodded my head. But then another said it. And then another. Still another.

But during one of our sessions, this slide was shown: 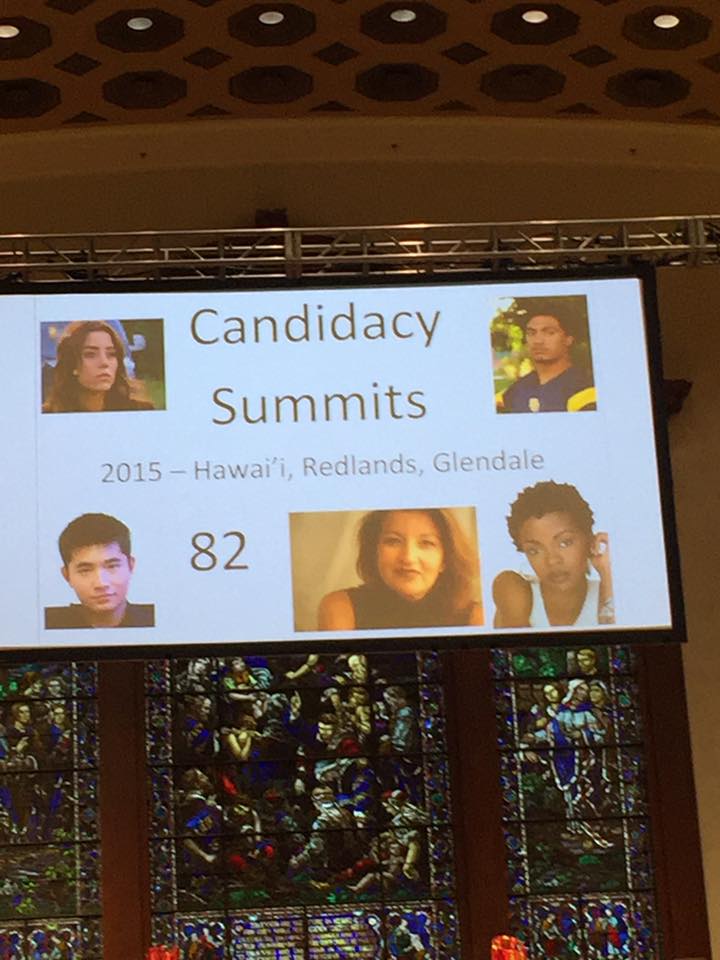 I had to do a double take.
Wait! Is that Lauryn Hill?!?
Why?
Outside of the bad formatting of the slide, the more I think about it, the more this slide bothered me.
And then I started thinking — did the person that made that slide just google certain ethnic terms to make us look diverse?

It’s troubling because we are a diverse conference. Colleagues getting ordained and commissioned this year are a fairly diverse bunch.
I know that folks who attended the Candidacy Summit would’ve been diverse. You couldn’t obtain permission for the candidates to have their picture displayed?

For a conference that is diverse and touts diversity, this is a misstep.

I found 2 of the 5 pictures googling generic ethnic phrases:

And of course, Lauryn Hill, I didn’t have to Google.

I spent 20 minutes looking for the pictures on the top of the slide until I had to ask, “What am I doing with my life?”
Also — learned to turn on safe search. Searching for Asian/Tongan/Samoan Men/Male/Man and other similar search terms resulted in a few NSFW pictures… my eyes…oh my eyes..

But why even have those pictures on the slide?
Why not just have the words on it?

And aren’t we discouraged to take any image found on Google because they could be protected/licensed?

A few of my colleagues brought it up, but we mostly tried to laugh it away as a silly mistake. I think mainly because we didn’t know how to react.
I mean, was this done blatantly or was this done out of laziness? And which one’s worse?

Maybe you think that this is making a mountain out of a mole hill.
You’re probably right, there are far bigger issues to discuss. And you’re also right in that it’s one silly powerpoint presentation. And I didn’t want to bring this up… but I just couldn’t reconcile the accusation of racism in Texas I heard throughout the day and this stupid slide that was shown during a session.

It’s just that as a conference that is diverse and promotes diversity, we must do better and be better.